Skip to main content
on July 16, 2021
Have you checked out our releases and new series?
https://midnightmess.org/series-genre/thiccass/

The Wolf Marshal's Double Doting
Ryan, son of the Blue Moon Empire’s Prime Minister comes from a distinguished background. However, he was not favored and often abused by his half-brother. He ran away during his brother’s birthday party but was captured by human traffickers. By coincidence, Ryan was auctioned off and bought by Star Ocean Alliance’s Marshal Austin.  {Omegaverse}
https://midnightmess.org/allseries/the-wolf-marshals-double-doting/

Our Reputation Is Not Very Good
The thief 'Lantern Ghost’ infiltrates a brothel to steal a priceless treasure. Unexpectedly, he bumps into the boss Lin Ange, someone not to be crossed, and forced to 'sell his body'! After a resentful tangled beginning, the relationship between the two gradually becomes something out of the ordinary…
https://midnightmess.org/allseries/our-reputation-isnt-very-good/ 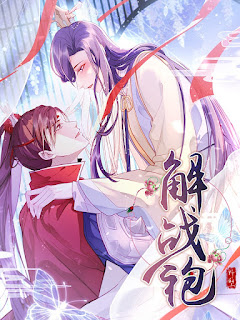 New Series ALERT!  https://midnightmess.org/allseries/take-off-the-battle-robes/ If you're a CTL, CL or TS- we need help <3  #recruitment  @All Series Your Ghost Boy CH15 @To Be or Not to Be  CH 92 @Devil Wants to Hug CH 84.5 (Side Story) @Absolute Control CH69 @Raiding the Vampire Count CH37 @High Immortal, Do You Lack a Cat? CH20 @Our Reputation Is Not Very Well CH9 @The Wolf Marshal's Double Doting CH10 @Outside the Law CH6 @Take off the Battle Robe Prologue and Character Description @Poison CH1 (MMS Collab) @My 4 Backup Dancers and I CH40 https://www.bilibilicomics.com/detail/mc38?from=manga_index https://midnightmess.org/series-genre/thiccass/ https://mangadex.org/group/6362e6f8-0f7d-4b0a-8903-4bf3420c6a1b?tab=feed
All of our releases will be available at: https://mangadex.org/group/6362e6f8-0f7d-4b0a-8903-4bf3420c6a1b/thicc-ass-scans?tab=feed

We have NEW series. Have you seen them yet?  Poison Antidote A dangerous journey gave Gu Ming the chance to meet the warm light that once existed in his heart -- Li Shuo. But now known as Wei San, he has already lost all memories about Gu Ming and is now an assassin. Does mutual destruction or mutual redemption await the two... A world ravaged by a mysterious organization, and a chaotic city filled with violence and madness. For the sake of revenge, and for the sake of saving Li Shuo from a cruel fate, Gu Ming will have no hesitation, even if he has to fall into a deep swamp of darkness. {Collab with MMS} https://midnightmess.org/allseries/posion-antidote/ Outside The Law The golden canary I was raising was actually my sworn enemy? This is the story of one pretending to be weak to claim the final victory. The black-bellied Ruan Zheng who appears pure and innocent met the criminal underworld boss Luo Yu who shares his profession, how could these two sworn enemies be together? https://mi